Vipassna Meditation (Part -2) - the way i experienced it from beyond religions...

Refectory looked very neat and clean. There was tea and milk kept separately along with puffed rice in another container. Men and Women have separate places to avoid any kind of temptation that might have occurred among the so called sensual animals. During the next ten days we are strictly asked not to keep any kind of contact or even to look at each other. Probably, Goenka knew very well that like in the story of Bible, the Eves might take a chance to brain-wash or seduce the Adams, and that might cause lucidity in the observance of strict discipline.:)

In the men's side of the refectory, you go very silently, stand in a queue, then grab a steel plate from the rack. Then looking on your toes remain till your chance come. When your chance comes, take very little puffed rice and either a glass of milk or tea. Walk towards the seats which are set against the wall. Start consuming the food looking at the wall infront of you. So that no provocation or temptation can sidetrack you from the observance of strict discipline.

As it is the first day and knowing that there won't be anything for dinner, the young and fat ones after consuming the quota they have in the plate, march for one more filling to satisfy their hunger. Well. at least on the first day who can resist the craving of the stomach and cry of the thundering commotion in the half-empty stomach?
After the so called dinner, everyone goes to the respective allotted residences. The first timers are provided with not single rooms but two sadaks in one room. A very small room which has beds made of kadappa stones. On either side a bed and mosquito net is provided. The room is totally netted so that the meditator is protected from the wild attack of mosquitoes. The room has a small bathroom and toilet. A fairly good accommodation for the next ten days. And it is free, so who can complain? That's the key. Or once you make the vow of golden silence there is no relevance for silver complaints.:) There is also a fan and three zero watt bulbs in the room with an attached toilet and bathroom respectively. In a few places it is written, "use less water, save our country," "Switch off the lights and save our country." Well. very effective and efficient way of conveying the disciplinarian principles at the sadak's subconscious levels.
It is ten to 6.00pm, an electric bell echos from the top of the Dhamma hall for about half a minute. Dhamma hall is the place for meditation and talks. Next ten days more than twelve hours per day will be spend in this place where many are supposed to witness purification of mind and body which will bring about cessation of misery and suffering leading to buddhahood (awakened state). It is a huge hall inside which could accommodate around 300 people atleast. It is east facing and has an octagon shaped  concrete structure culminating to a dome. There are two empty cushioned chairs which seems like the seat of the big boss and her lady (Goenka and his wife) which remains untouched. Just in front of that again two chairs where the assistant teachers - one male and female would sit and meditate facing the meditators. I hardly found any role of those two teachers sitting there. I think, they are like rubber stamps like the Indian president. But when i asked one of the teachers on the last day, the male teacher told me their role is very relevant as they keep emitting positive energy or vibration to the participants. Of course, if any participant has any doubt during the course, they are free to talk to the rubber stamp or nominal teachers. I will talk more about it later.
There are around 90 cushions kept for the meditators leaving a mid way straight across separating men and woman. Each sadak is allotted a seat and for the next ten days, no one is supposed to change the seats. Along side of the nominal teachers there are a few sevaks  (who come to serve voluntarily to make sure the smooth functioning of the course) seated. They have a very important role to play. It is their duty to maintain the observance of disciplines and handle the grievances of the sadaks. They run around with bells and make sure that everyone is in the dhamma hall for all the meditations. They make sure that you don't even utter a word to break your golden silence with their omnipresence. If you happen to break the silence, they will come with folded hands in the traditional way without looking into your eyes start uttering slowly and piously 'mangalam bhavantu'. Which simply means in other way that you have broken the rule, keep quite.(They are the policemen in the Vipassanashram :). So i liked those sevaks and their role... :)
To be continued...
Joji Valli
Check out our motivational books 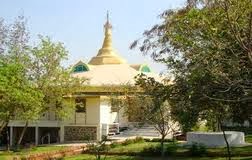 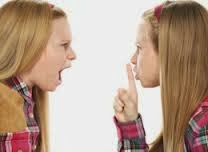 Posted by CreatiVentures Publishing at 6:35 AM