Vipassna Meditation - the way i experienced it from beyond religions... (Part -1 - registration and formalities)

What is Vipassana?
Vipassana, means to observe/to see things as they really are, is one of India's most ancient techniques of meditation. It was rediscovered by Gotama Buddha more than 2500 years ago and was taught by him as a universal remedy for universal ills, i.e., an Art Of Living. It is the way to purification of mind and body there by becoming an awakened one (buddha) and way to reduce or eradicate suffering or misery that we experience in life.

Vipassna - the way i experienced it from beyond religions... (My personal experience)
A craving in me was pushing some buttons in once in a while for the past few months to attend the Vipassana Meditation. Of course, I have heard about it around 20 years ago and then i decided i want to attend it sometime in my life. But freeing myself from the bondage of time, responsibilities and other mundane duties always remained as a blockage from me attending. It is not that easy to set apart ten full days totally cut off from the mundane activities and devout oneself for the practice of Vipassana. Fortunately, the lady luck favored me as i declared a three months statistical for myself after completing my doctoral research studies.
As the craving or thoughts began disturbing me, i tried to book for the course online around 15th of November for the batch starting from first of December 2013. As it was already late, all the seats were full. So once again, i lost my enthusiasm. For a few days i did not bother again. However, i always believe in the interplay of divine intervention, if something were to happen in life. On 23rd of November, again the thought of attending the course became so strong within me. Then a way all of a sudden appeared to me. I knew one of the persons who is a teacher in one of the Pune center. So I called him and told my desire to enter the course. He asked me to contact him on the next day. As per the instruction i called him and he told me that he could squeeze me in against some cancellation. Oh, Wonderful, finally my craving or desire for participation is almost manifesting. I always believe that when the right time comes, if something has to happen in life will happen irrespective of whatsoever be the hurdles or difficulties. Existence will always bring you to it, if it is destined in your life, as it is the law of nature.
Packing my bag with sufficient cloths and other accessories for ten days i set out to the venue which is 30 km from Pune. This particular Vipassana center is situated in the midst of a village called Markel, which is the meeting point of three rivers. A beautiful place fully loaded with the bountiful extravagance of nature for the purification of mind and body - perfect place for introspection of self without any disturbance and interruption.
Though the course is for ten days, one will have to shell out two more days as the day of arrival and departure are not included in the counted ten days. The first day registration and other formalities were done. Rules and regulations were explained in its minute details. As i heard about it i warned myself of reliving those old seminary life for the next ten days. Infact the seminary life was better as there was no insistence on the 'golden silence'.
At the end of the it all were asked to surrender, their mobiles and other gadgets and valuables. All done very systematically and scrupoulously, making sure the meditator (sadak) is totally free from all mundane affairs. So that the sadak can meditate peacefully without bothering about anything in the world except purifying once own mind and body.
The first session along with the observance of silence was scheduled at 6pm in the evening. Prior to that there was a snacks session along with a glass of milk/tea which was supposed to be the dinner at 5pm. Many fat and young sadaks were shocked to experience the first taste of starvation and abstinence...
To be continued...
Joji Valli
Check out our motivational books 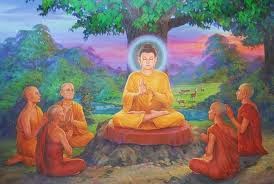 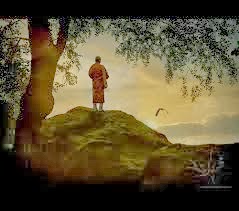 Posted by CreatiVentures Publishing at 7:05 AM