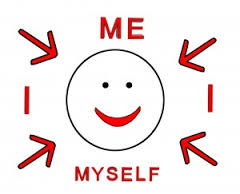 Animals seek their own pleasure and do not think about the consequences to others. Those species that do live together have the fewest appetites to gratify. This clearly shows that selfishness is not only the trait of humans but it is also prominent in animals. The plant species is also the same. They try to absorb minerals and water for themselves first. They even change their directions for getting enough sunlight which decide their growth. “Evolutionary biology is quite clear that “What’s in it for me?” is an ancient refrain for all life, and there is no reason to exclude Homo sapiens,” writes David Barash. .[15]
As I already mentioned any living organism has an intrinsic call towards selfishness. Man being at the top of the pyramid with intellect, reason out this intrinsic nature a bit more intensely for his own self-interest. “Everyone does what he really wants to do — otherwise, he wouldn’t do it.” Or “No one ever really sacrifices himself. Since every purposeful action is motivated by some value or goal that the actor desires, one always acts selfishly, whether one knows it or not.” .[16]
It is pretty clear that the nature of existence catapult a drive in every living organism to take care of its growth, sustenance, and survival. May be we call it as selfishness. However, we need to question ourselves, how can we survive in the competitive world without looking to one’s own needs and progress? It is a healthy note for anyone to be what one ought to be. But some of us go a few steps further than this limit in the world of ‘me and me’ only. 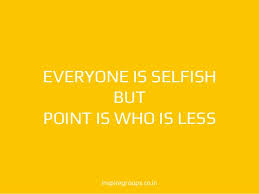 Ayn Rand in her essay, The Virtue of Selfishness, defines selfishness as “concern with one’s own interests.” .[17] It is very dangerous as it leads to corruption and manipulation in the world. A genuinely selfish man chooses his goals by the guidance of reason — and because the interests of rational men do not clash — other men may often benefit from his actions. But the benefit of other men is not his primary purpose or goal; his own benefit is his primary purpose and the conscious goal directing his actions. .[18] For Spinoza, “The more each person strives and is able to seek his profit, that is to say, to preserve his being, the more virtue does he posses; on the other hand, is so far as each person who neglects his own profit, is impotent.” .[19] What I mean by selfishness here is the tendency to seek and promote my own comfort and satisfaction before that of anybody else. They grab the best for themselves before anyone else. Selfish people in this sense are the people who (for instance) always try to get the finest piece of chicken, or the largest glass of wine, or the best seat for themselves. 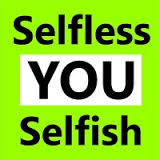 Dawkin’s argument would substantiate the selfish gene theory that everyone is born selfish and we are selfish at our gene level. The fundamental unit of selection, and therefore of self-interest, is not the species, nor the group, nor even, strictly, the individual. It is the gene, the unit of heredity. .[20]


Thus, I would not hesitate to doubt that it is the man’s selfish gene and the ability to reason which drives him to be selfish and thereby leads to egoism.

(For more details read the book "CSR an Antidote to Selfishness by Joji Valli)Read on ScribdRead on AppleRead on KoboRead on WHSmith
Posted by CreatiVentures Publishing at 12:05 AM