Selfishness as the Core Human Nature 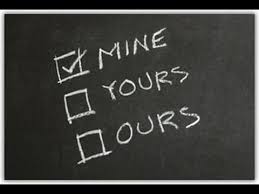 Selfishness is a pre-requisite for survival and maintenance for any living being on earth. Richard Dawkins argues that a predominant quality to be expected in a successful gene is ruthless selfishness. This gene selfishness will usually give rise to selfishness in individual behavior. .[5]
To be selfish is to be motivated by concern for one’s self-interest. This requires one to consider what constitutes one’s self-interest and how to achieve it — what values and goals to pursue, what principles and policies to adopt. If a man were not concerned with this question, he could not be said objectively to be concerned with or to desire his self-interest; one cannot be concerned with or desire that of which one has no knowledge.
The selfish person is interested only in himself, wants everything for himself, feels no pleasure in giving, but only in taking. The world outside is looked at only from the standpoint of what he can get out of it; he lacks interest in the needs of others, and respect for their dignity and integrity. He can see nothing but himself; he judges everyone and everything from its usefulness; he is basically unable to love. .[6]
According to Thomas Hobbes, “man in the state of nature seeks nothing but his own selfish pleasure, but such individualism naturally leads to a war in which every man's hand is against his neighbor.” .[7] Hobbes describes man as being naturally vain and selfish. He declares that:
Whatsoever is the object of any man’s appetite or desire that is it which he for his part calleth good; and the object of his hate and aversion, evil; and of his contempt, vile and inconsiderable. For these words of good, evil and contemptible are ever used with relation to the person that useth them….[8] 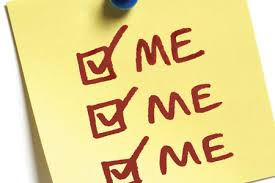 In other words, man by nature perceives a thing as being good or evil not in terms of how it may affect the interests of others, but in terms of how it affects his own self-interest. Hobbes argued that the basic attribute of human nature is egoism, which inevitably leads to a savage and brutal competition for resources in the absence of constraints imposed by a ruling monarch. .[9] John Stuart Mill Wrote, "Of the social virtues it is almost superfluous to speak; so completely is it the verdict of all experience that selfishness is natural." .[10] Selfishness makes human beings individualistic rather than a social being. Because, man has a code of ethics primarily for his own sake, not for anyone else's. .[11] Human beings operate on this code which is intrinsic to their nature. No one is devoid of this nature. Thus, this traditional understanding of human behavior by exalting a psychological mind-set utterly divorced from anything outside the self. .[12] Hence, there is a need for breaking that core nature which is selfishness. And Dawkins would put it sarcastically yet seriously, let us try to teach generosity and altruism, because we are born selfish. Let us understand what our own selfish genes are up to, because we may then at least have the chance to upset their designs, something that no other species has ever aspired to. .[13]
It is almost impossible to think about CSR when people operate with selfishness. The “selfish individual who is the product of the stunted moral development environment is not likely to contribute to the social good,” .[14] because there is very little to be said in favor of an individualism which takes its orientation from a conception of the individual as essentially “the proprietor of his own person, for which he owes nothing to the society." But the next question that persuades us would be, is everyone in the world selfish? What is the level of selfishness that can be noticed around? Unless we delve into the nitty-grittys of this concept, it is difficult to bring an awareness in the society to work for the progress and development of it.
(For more details read the book "CSR an Antidote to Selfishness by Joji Valli)
Read on Scribd
Read on Apple
Read on Kobo
Read on WHSmith

Posted by CreatiVentures Publishing at 11:37 PM